Designer Robert Yang has done a suite of unique and challenging games recently, small but considered works on consent, embodiment and masculinity, among other themes. In Stick Shift you jerk off a car; Hurt Me Plenty is about consensual pain; Cobra Club is about dick pics in the era of state surveillance, and the new and complex Rinse and Repeat is about waiting til after your gym class to help wash a hunk who calls you “bro” and “pal”, and who wears sunglasses in the shower.

These games are playful, funny, and sexy, and they provoke reflection and dialogue. Yang often reveals a thought process behind the technical decisions in his work that can be fascinatingly-congruent with the spiritual ones. But just four days after its release, Rinse and Repeat was banned from all broadcast on the online streaming community Twitch, just as Cobra Club previously was. Yang is among the most-banned developers on Twitch—perhaps an exciting status for an artist, but evidence of troubled standards for content.

Twitch rules say that while occurrences of nudity or sex acts in games are “okay, so long as you do not make them a primary focus of your stream,” games with nudity as a “core focus or feature” are disallowed. Under this rule, video games that feature sexualized bodies (usually women) for titillation are okay to stream, but that Yang’s work centers on the vulnerability of nudity in a consensual space and other meaningful issues apparently makes it obscene. 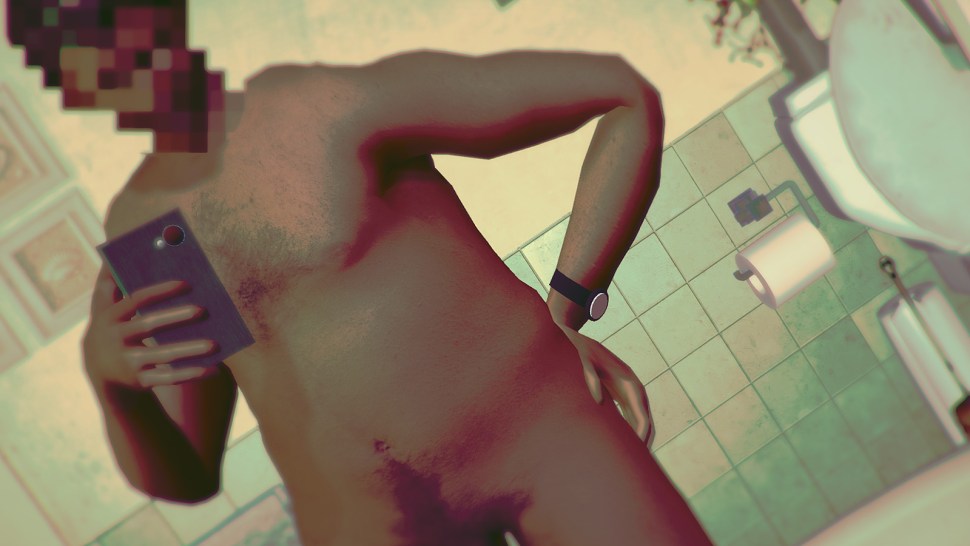 Writes the developer on his blog:

That means Twitch treats my games exactly the same as the disgusting RapeLay, a game that I won’t even bother describing here. This equivocation is offensive to me, when I focus heavily on ideas of consent, boundaries, bodies, and respect in my games.

But what really pisses me off is that my games actually earn their nudity, and cannot function as artistic works without it. Then here comes Twitch, which argues that some blue alien chick boobs inMass Effect are OK to broadcast because they’re obviously there for some bullshit titillation? The totally unnecessary exploitative bullshit of Dead or Alive babes, or Metal Gear Solid‘s Quiet, is somehow more appropriate than a game about consensually scrubbing a guy’s back? (While we’re at it, let’s add a dash of systemic homophobia into the mix.)

By contrast, Yang points out that services like YouTube and Vimeo have policies that allow for depictions of nudity and sexuality that have artistic, aesthetic or narrative intent. Twitch’s policy as it stands unfortunately only emphasizes the pall of immaturity at best, homophobia at worst, that still hangs over “gaming culture” like cheeto dust.

It’s especially disappointing as Twitch streaming can play a decisive role in the visibility and success of strange and unusual video games. A significant number of players, particularly younger ones, find out about new games by watching popular livestreamers and YouTubers (lots of whom have, oddly enough, become successful by essentially shouting obscenities at video games), and to restrict this crucial channel to conventional works seems harmful, as does the message that Yang’s projects should be grouped in the same category as a “rape simulator” from Japan.

Yang suggests Twitch revise its policy to account for the context of the sexual imagery, and Offworld also hopes the company considers this. Nuance in the policy and case-by-case considerations of sexuality in games would show respect to the full breadth of our medium and its players.

If you’re a Twitch user and you want to see Yang’s games allowed to stream and this policy re-evaluated for all developers in the future, you can send a (respectful!) message via the company’s customer service portal here.

Stay up to date with our newsletter

Or give via PayPal:

Stay up to date on all live game streaming news! Viewers and streamers, this is the place for you.